It was a Dark and Stormy Night.

There was an exceptionally heavy, soaking rain.  The street lights reflected in flooded pools left in every dip of old asphalt along the way, making it difficult to navigate down the road in the dark.  Arriving at our destination, there was a heavy feeling and the scent of old burlap, in the air.

Participants anxiously gathered around while our Tour Guide set the stage for what we were about to experience.  As matter-of-fact as if she were talking about buying groceries for dinner, she began telling spine chilling stories about the first settlers to the area and the First Nations peoples who shared the land, the trade and the stories. 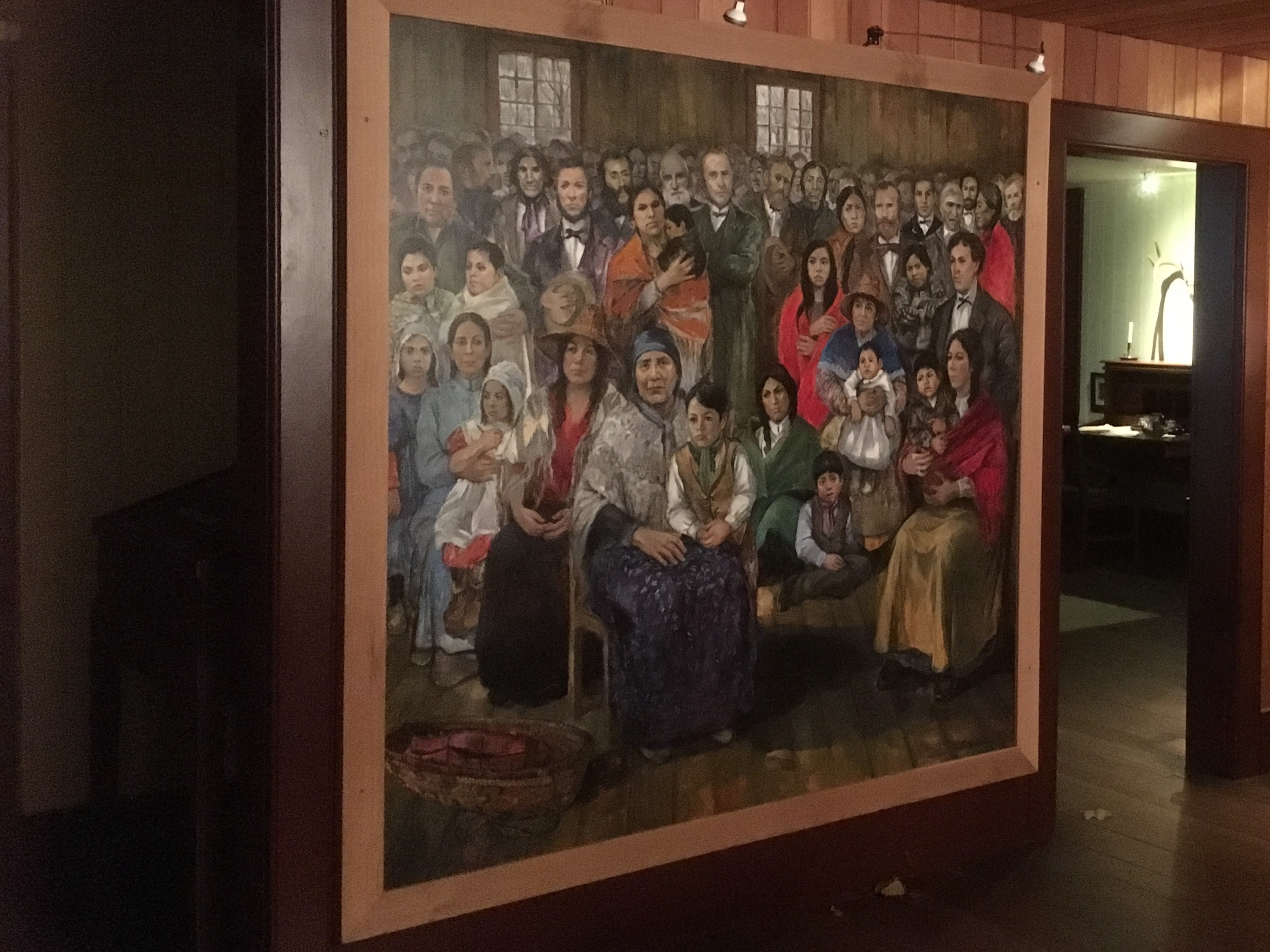 Pointing out the trees that surround the Fort, a picture was painted of an old-growth forest littered with dead bodies, hanging from the limbs.  A death ritual performed by the indigenous peoples who would wait for their loved one’s bones to dry, fall out of the trees and then bury the remains in mounds.  The whole area was considered sacred space.  We walked on the ground that contained those remains. 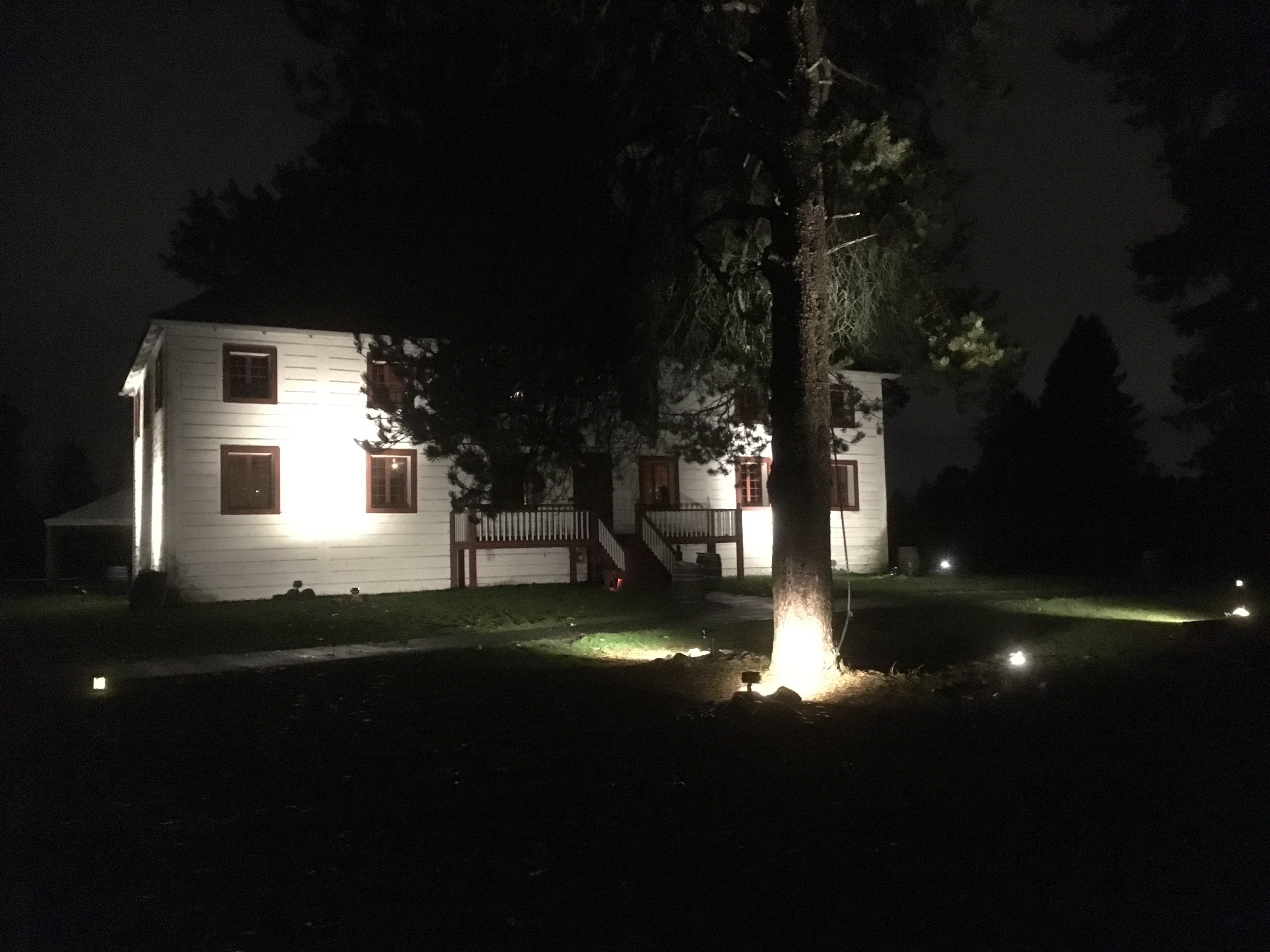 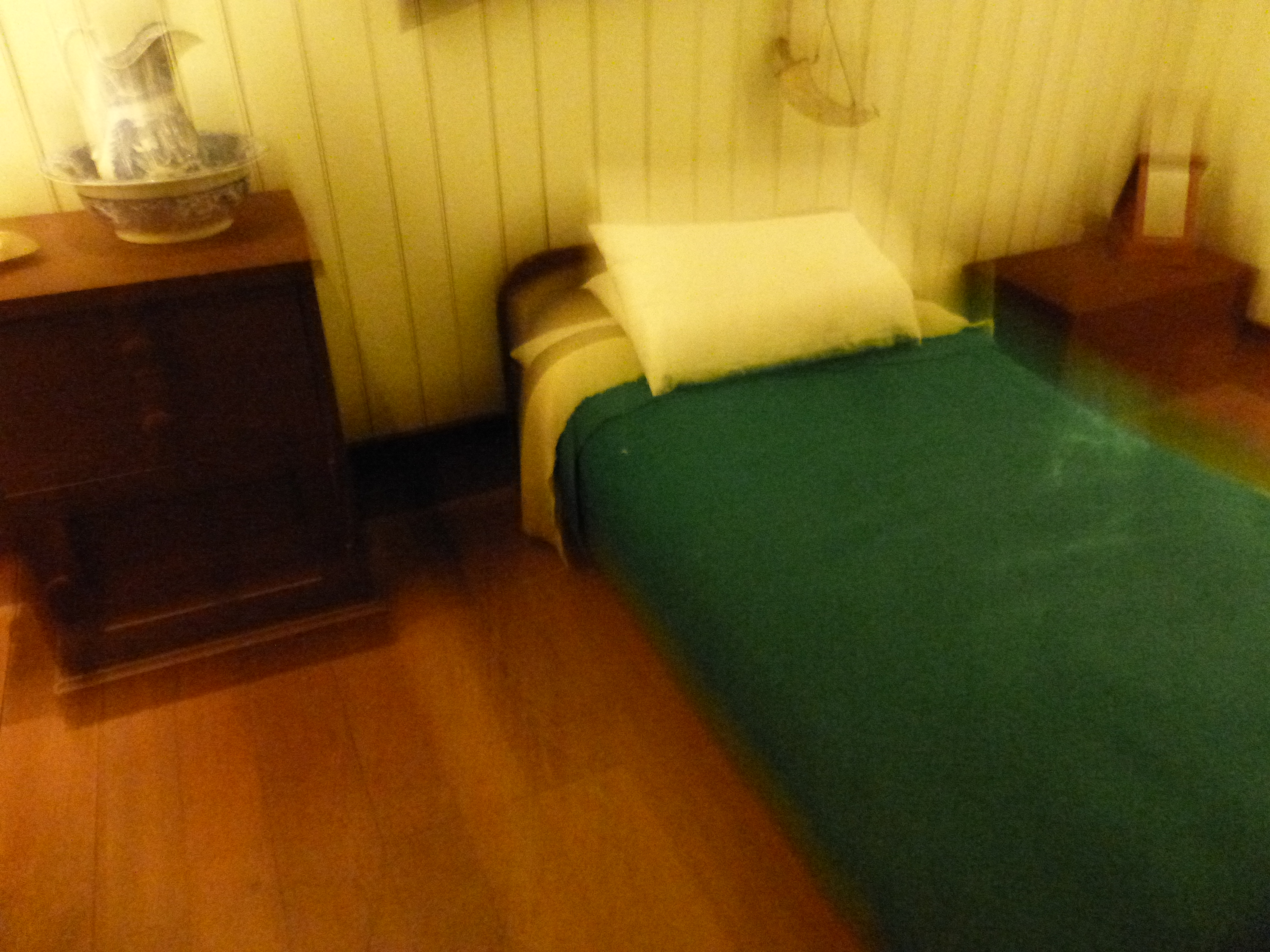 A heavy, thick energy greeted us as we entered the Big House.  Two of the bedrooms were particularly notable – the second, down right creepy.  Our tour guide admittedly used to direct people to enter that room until she noticed that some people passed out, got sick to their stomach and got shoved, just by walking into it.  She doesn’t draw attention to it anymore – only waits to hear about people’s encounters, after entering the room.  Apparently, this Ghost targets women. 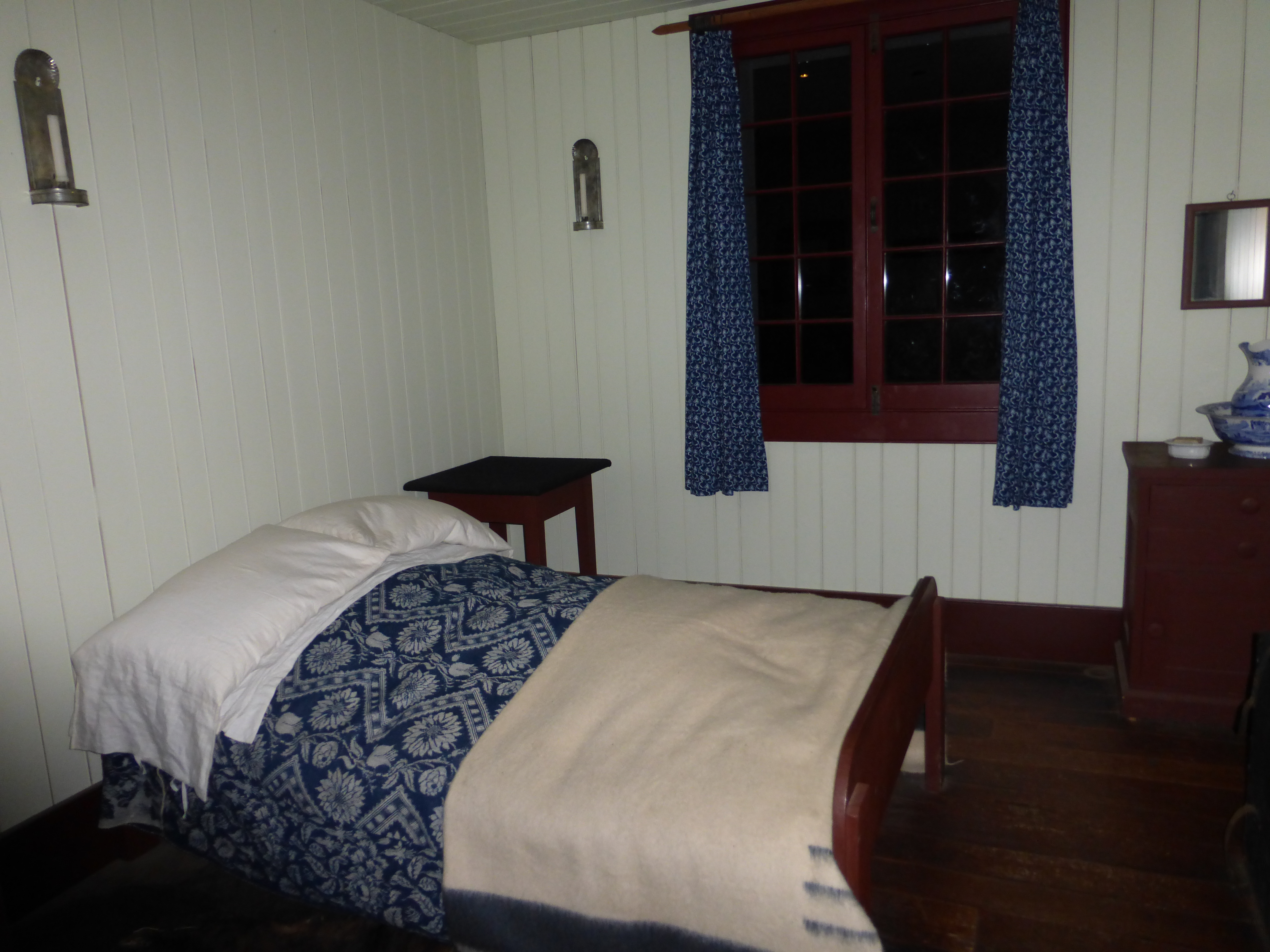 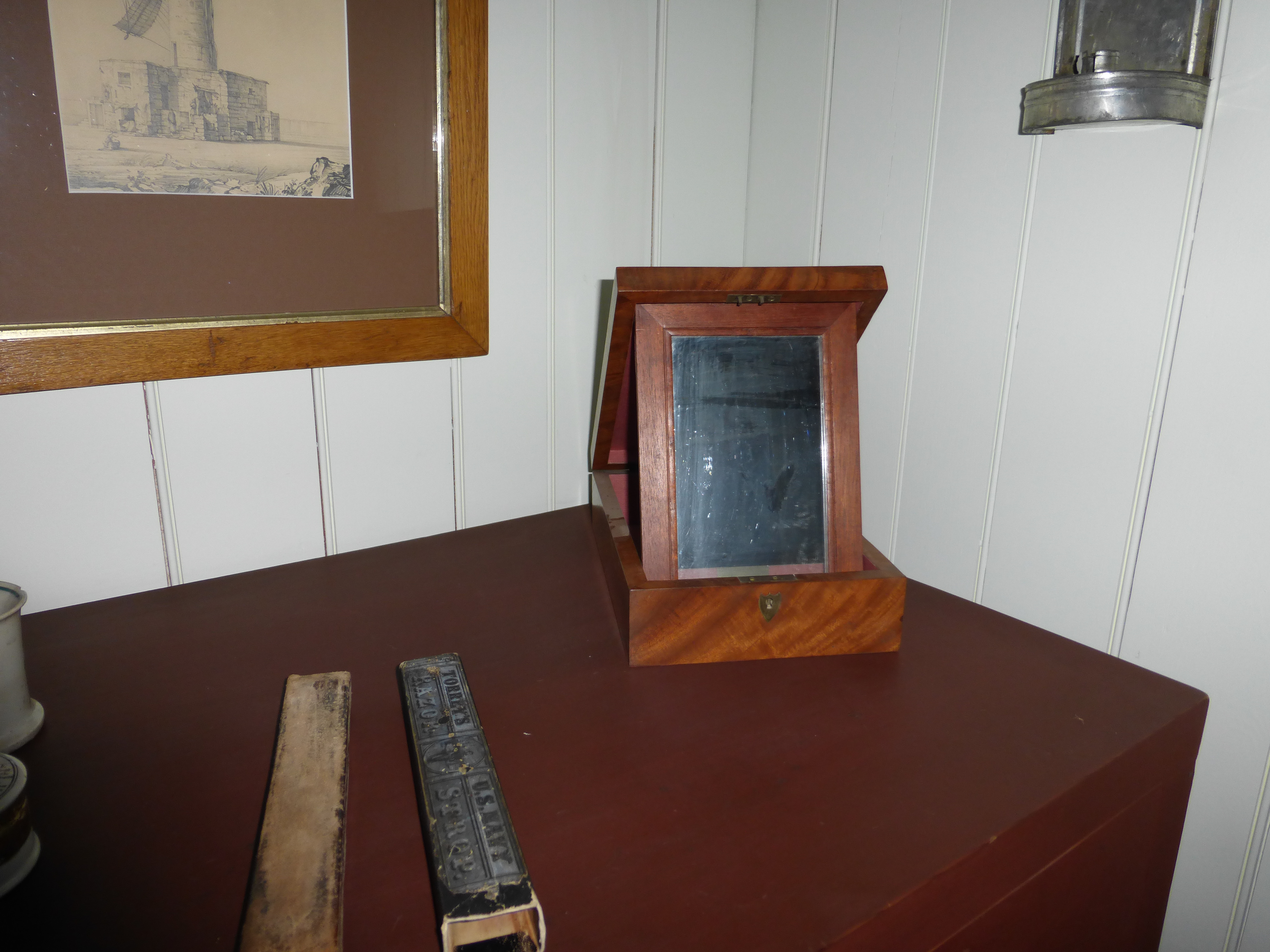 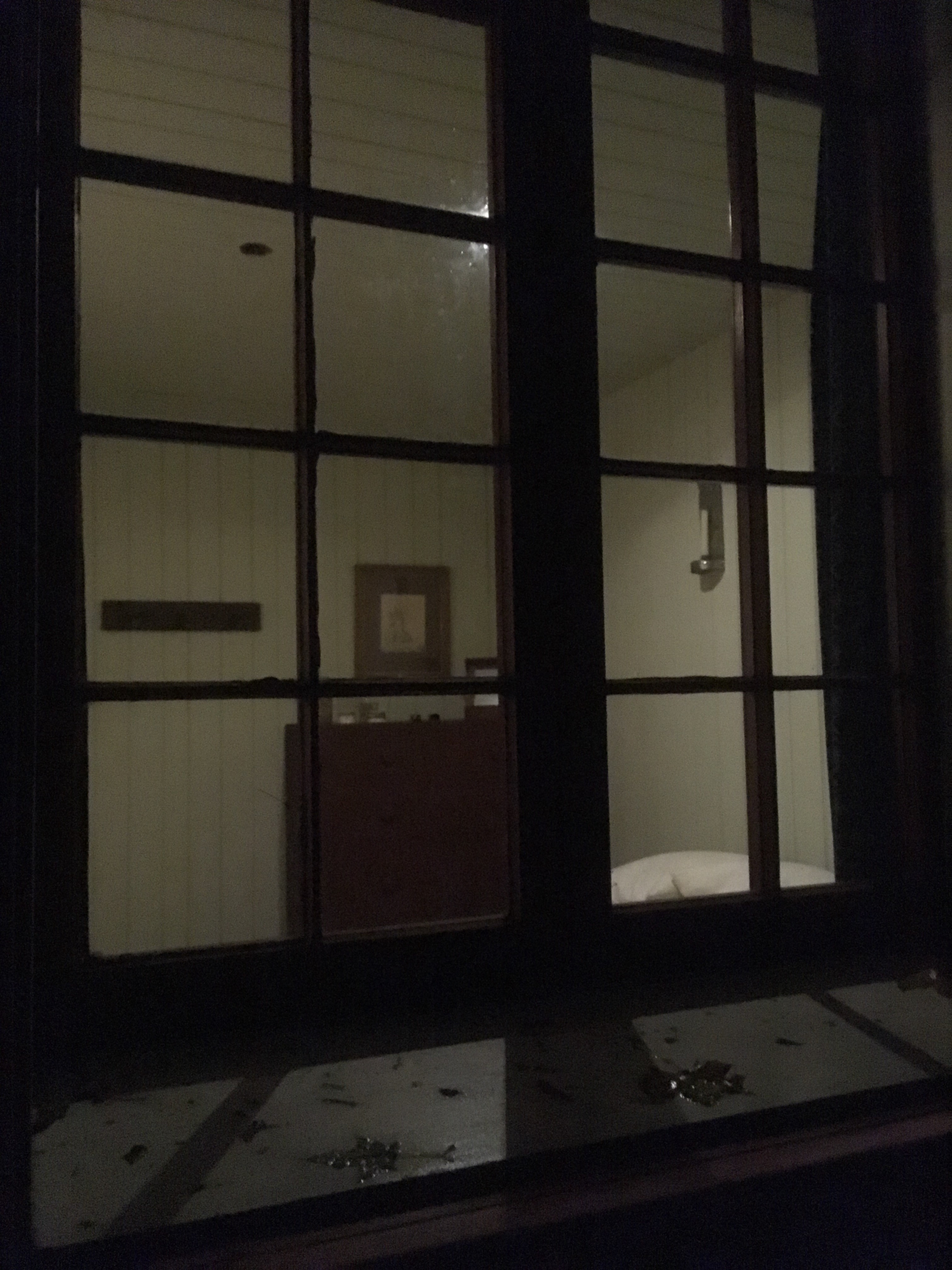 A small child has been photographed several times, also while in the Big House.  One tale was told by a family who had participated in a crafting event in the upstairs hall.  They were making paper airplanes.  They were impressed and pleased to have had so much help from such a young volunteer.  He giggled and laughed with them and really made the projects fun.  They went to thank the organizers for hiring such a vibrant, young volunteer.  Looking miffed and astounded, staff members told them that no one under legal age of majority would ever be allowed to volunteer on the premises. 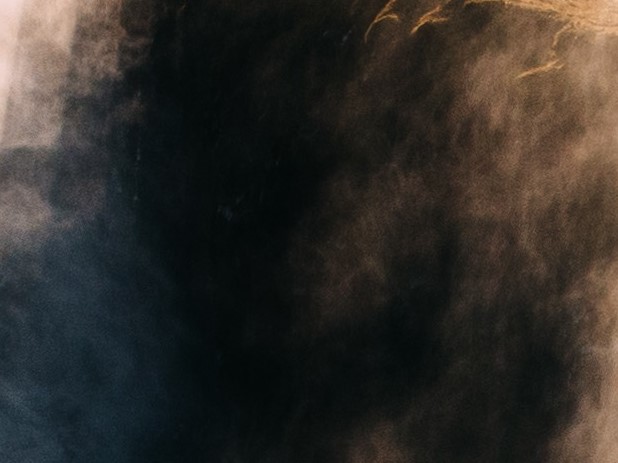 Along a narrow path, beside the Eastern wall of the Fort, several sightings have been reported of a Black Mass that floats up and down the length of the wall.  We were strongly advised not to walk there at night, or do so at our own risk! 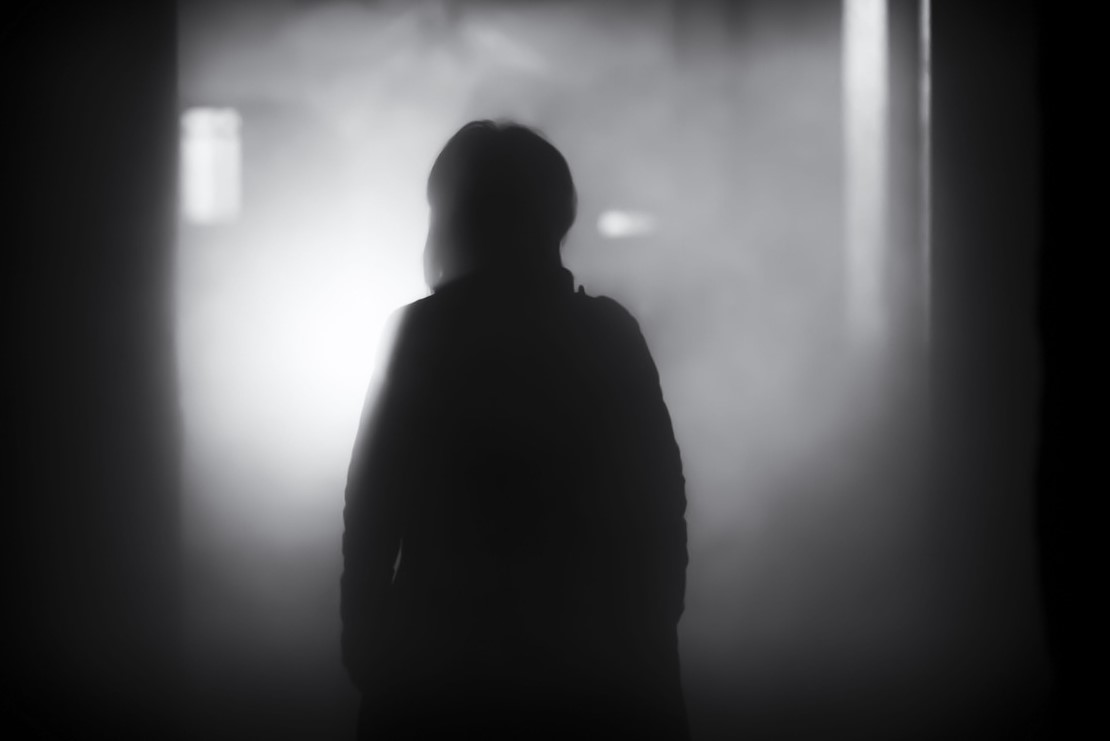 Unsettled, low-level, dark energy, met us in the look-out, at the corner of the Fort.  This building has shutter style, latching windows.  Closing protocol includes latching all the windows before going off shift.  Staff report coming back the following morning to wide-open windows.  As a result, some latches have been permanently bolted in place.  Accounts of a woman and two children as well as a tall, black figure of a man have been sighted in this spot – the man being particularly dark and foreboding. 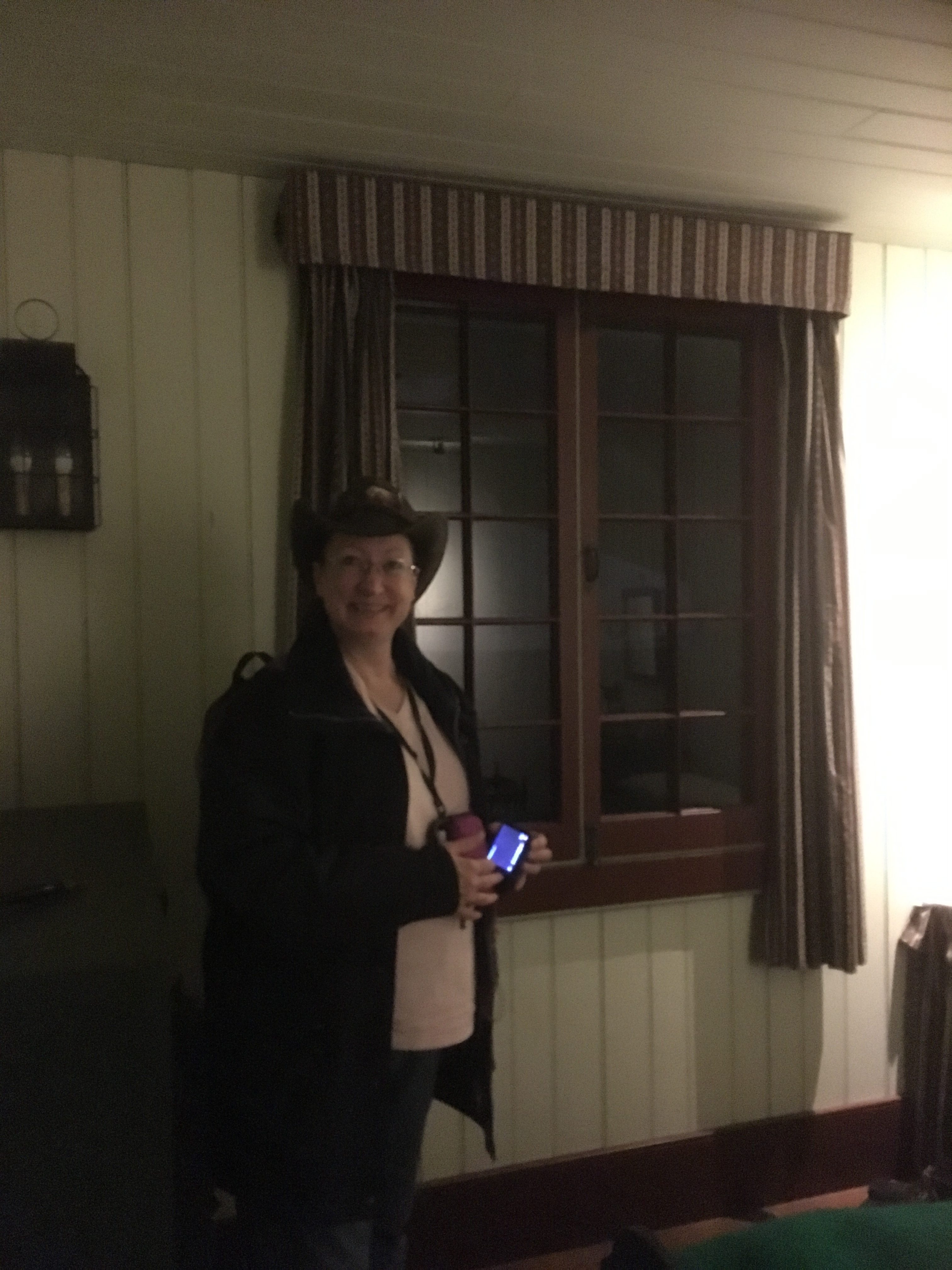 No paranormal equipment is needed or necessary to feel Ghostly presence on this tour.  The accounts are authentic.  Many folks have verified the same Ghosts, standing in the same place and behaving in the same way, over many years.  There’s always a reason why they hang around.  Even the scariest Ghost has their story to tell.  It’s up to us to either live with them, or, find a way to assist them into the Light, so we can live without them!

If you, your friends or family are struggling with paranormal activity,

CALL ME.  Ghosts don’t just go away on their own.   Sometimes they need a Ghost Rescuer like me, to help them cross over to the other side – where they belong.